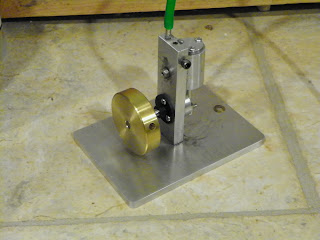 I did this for my culminating project at Southridge High in the year of 2012. The reason I wanted to make this is because I wanted to make an engine of some sort before the end of high school. I based this design off  of Stevens Workshop. http://www.steves-workshop.co.uk/steammodels/simpleoscil/simpleoscil.htm

Here are other people that made these engines off the same design:
http://www.steves-workshop.co.uk/steammodels/simpleoscil/others/othersengines.htm


Here are the designs of the engine from AutoCAD.
Materials used were:
- Aluminum (Main Structure)
- Brass (Flywheel)
- Plastic (Bearing) 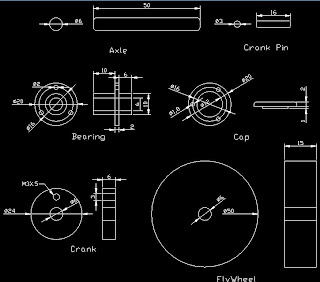 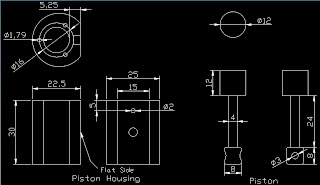 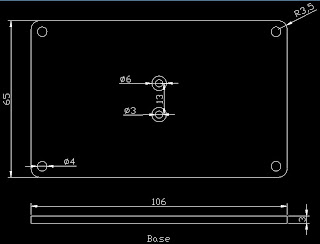 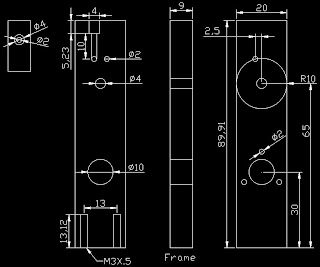 I liked the one above, but it didn't have any way to control the air-pressure to where my partner and I made this design below. 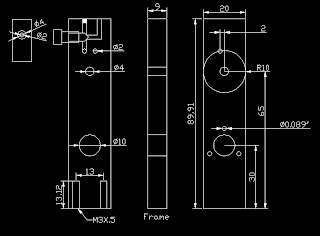 How the Oscillating Steam Engine works:


The oscillating engine is a steam engine that does not use valves. Instead the housing rocks back and forth through whole’s that are stationary which acts as intake and exhaust (William par 1). The design of the engine was used on trains, sea boats, and steam tractors. Was it really a good design that could have been better as technology became bigger? What improvements has there been on the oscillating steam engine that makes it more efficient than it is on a basic model? This is how the oscillating engine has progressed into more efficient work than the way original oscillating steam engines worked
The Oscillating engine was a big jump to machines that could do much new work that made things progress. It was made for a simply made design that is inexpensive therefore low cost on maintenance and manufacturing (Williams par 4). It was a great improvement to engines that didn’t need professionals making the product. Yet, an improvement was made to make the housing rock with less friction and move freely. Instead of using springs and the force on the screw to keep the housing pressured to the frame, they used a flat stationary surface with the cylinder being spring loaded to give it a slide like valve (Magnuson  par 5). It gives it more power and capable with less steam loss but it is harder to keep tight. It needs constant maintenance. These engines were made so compact that they were great for an engine that needs to be like on a boat that cannot take too much space. Another great improvement to make the engine run better is a very thin type of steam oil that is made for boiling at a temp of steam. It helps lubricate the moving parts so there’s less grinding and wear on the machine to last longer. Water on metal at hot temps causes rust and this oil can prevent most of the rust. Yet, when an engine is done being in use for a variable amount of time, cleaning oil needs to be put in and take away extra moisture that can cause rusting on parts (Jerry 1).
It now has thin oil that will help with no rust. Also it has more power with less friction for better running times. That is how the oscillating engine has progressed into more efficient work than the way original oscillating steam engines worked.

Here is a link that will explain it more in detail:  www.youtube.com/watch?v=Tjl7Zp4gkP0